When Nike “re-issued” this ad with a racially ambiguous woman lauding her buttocks cyberspace was set aflame. Women were loving it posting it on Facebook and commenting on every and any site that posted the image. The original campaign was launch in 2005 with different graphic (just a booty was shown, there were versions with other body parts as well, shoulders, thighs etc.)

But the question is…is this new ad a fake? According to ad agency Wieden & Kennedy, it is not their work.

Here’s what we learned from adageblogs.com:

Why is Nike repeating a campaign from five years ago, word for word in the text, with only the image changed? Did the work come from longtime agency partner Wieden & Kennedy?

And where are the copy editors? The word “ambassador” is spelled “embassador” in the 2010 print ad.

So we called Wieden, which graciously got back to us in a matter of minutes with, “Uh, it ain’t our work.”

Nike media rep Derek Kent confirmed what we suspected: The ad’s a fake.

The question is who is behind it, and why? I guess we will just have to wait and see!

here are some of the real ads: 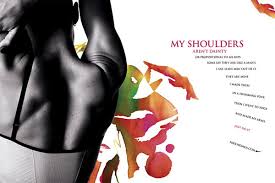