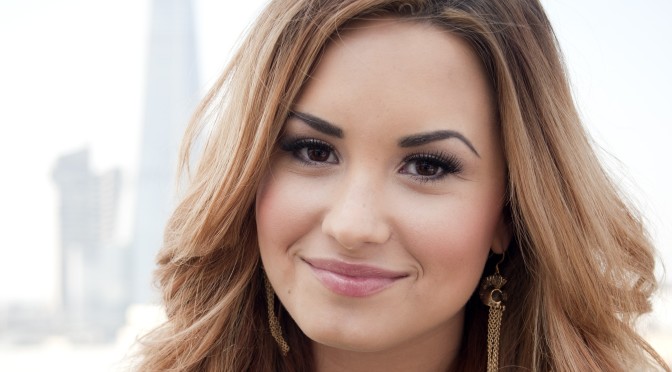 For those who have followed Demi Lovato’s career you are well aware that in her young life she has achieved and endured much. The former Disney star has enjoyed success both in television and on the pop charts but the pressures connected with life in the entertainment business also lead to an all too common stint in rehab, and an eating disorder. It seems that now Lovato is on the back end of those troubles and her new strength of self as allowed her not only to go bare faced for her new Vanity Fair shoot, but bare bodied as well. When Lovato reemerged onto the scene after being treated for her eating disorder, she was healthier inside and out which of course sparked some not so pleasant or supportive conversations about how her body had changed, (which was exactly want a recovering person DOESN’T need). She weathered the storm and has become a wonderful success story for all those girls and women out there who are having body image insecurities, or suffering with eating disorders, you CAN overcome and as Lovato says “Love the skin you’re in”

“In the past, I suffered from eating disorders and I basically went from hating every single inch of my body to working on myself and trying to figure out ways to love myself, love the skin that I’m in. I learned, after working very hard on my spirituality and my soul and my body, that you can get to a place where you love the skin you’re in. And I’m excited to share that with the world.”

Watch this on The Scene.