Without missing a beat, she responded, “No, you haven’t.”

I paused, but before I knew it, the words were out of my mouth. “Yes, I have. I’ve been throwing up since the seventh grade.”

This is how Paulina Pinsky  daughter of famed addiction specialist Dr. Drew Pinsky told her mother Susan that she had been suffering with and from an eating disorder since 7th grade. Now 21 and a college student at Barnard Paulina shares the experience of confessing to her mother and her journey to recovery through treatment. The Article was featured on Huff Post College:

We were driving back from a family dinner at a posh Los Angeles restaurant, the kind whose clientele doesn’t dare to touch the bread baskets. My mother could not stop blabbing about the owners of her gym, because that’s what you do when your daughter is home from her first year of college: “One time I went to dinner with them and they both ate steak and one order of French fries. But they still look amazing. But they split the fries…” I felt like I couldn’t even hear her. My ability to listen to my mother talk about her gym owners had disappeared when I had hit rock-bottom four months prior and had put myself into therapy. Purging eight times in one day to cope with the emotional stress of being home during spring break had finally scared me enough to take action. And here I was again, stuck in a car with her.

Without even thinking, the words erupted from my mouth.

Without missing a beat, she responded, “No, you haven’t.”

I paused, but before I knew it, the words were out of my mouth. “Yes, I have. I’ve been throwing up since the seventh grade.”

All of the air was sucked out of the space we both shared. This was not the way I wanted to tell her; this was not what I had planned. I had imagined a triumphant moment that involved eating a whole cake with my hands without breaking eye contact and saying, “YES, I HAVE BEEN A BULIMIC AND ANOREXIC FOR SEVEN YEARS. BUT NOW I AM BETTER. I AM EATING THIS CAKE BECAUSE I WANT IT AND I’M HUNGRY. AND GODDAMN IT TASTES GOOD.” But the words flew out of my mouth before I had a chance to take them back. The following moment was the longest and most painful silence of my life; I felt like my stomach was going to fall out and that I was going to projectile-vomit onto the windshield. After a silence that lasted far too long, she responded.

“Well, get your teeth checked.”

***
Two years later, I can say that for the first time in my entire life I have a functional relationship with my mother. Part of my recovery has been essentially creating a new relationship with her from scratch. Our bond has become stronger as a result of my letting her get to know a more genuine side of me. And as we get closer, I finally understand her reaction to the first time I opened up to her about my relationship with food. She needed me to be perfect, something that neither I nor anyone else can be.

My mother was not the only one demanding perfection from me. I was the pretty blonde girl who was a cheerleader and an ice skater. I got good grades, had a boyfriend and was thin: I was living the life everyone had always told me I should want for myself. But I was suffering under the weight of “perfection” in a way that even I didn’t completely understand. 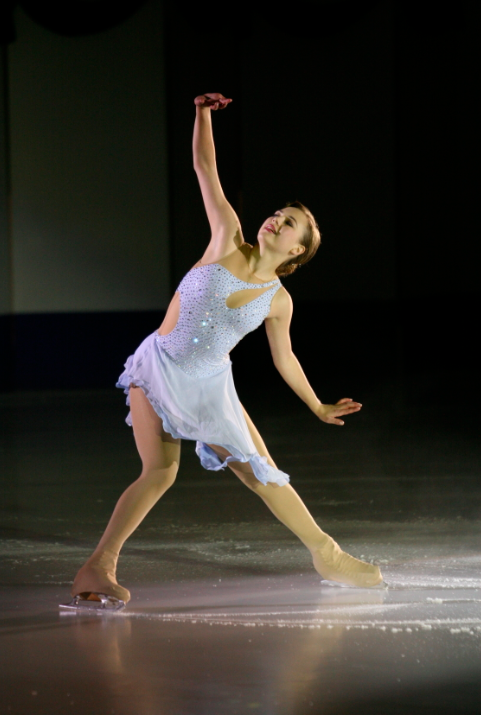 And how could I have understood it? My 13-year-long figure skating career fostered my eating disorder, which was normalized by the people around me. Both inside and outside the world of figure skating, I was repeatedly praised for my “perfection.” Everyone constantly inquired about my thinness, asking how I did it and how they could emulate it. My hunger didn’t matter, I was told, because it was merely a means to an end. A friend’s mother told me that if I went to bed hungry, I would lose weight. And it was true. I began to realize that people liked me better thin. I had boyfriends who never failed to comment on how “amazing” and “beautiful” I looked; my friends and their mothers asked me what I ate and how I worked out. Thinness became my entire identity. Everyone needed me to be thin and, even worse, I needed myself to be thin.

I’m not the only woman who has suffered, though. Women are supposed to be small. As I watched my football-playing brothers stuff themselves with spaghetti carbonara, steak and hot fudge sundaes, I would pick at my salad, as my mother did the same. It wasn’t just me who had been affected by society’s demands for my body. It was my mother and her mother before her.

Continue after the JUMP