As predicted the skin baring has begun. I called it a few weeks ago in my post asking “Will the Olympics Bring a New Standard of Body Image?” It’s not like I’m Nostradamus or something it’s just the way the media functions. We carry the idea that if you have a “Hot Body” you are somehow in a way obligated to show it. I HATE that mentality. It irritates me to know ends when when the likes of  Guiliana Rancic and Kelly Osborne say that crap on Fashion Police, “She’s Yoooung she has a beautiful body, she should shoooow it” I think it’s so reducing, and sexist. No one ever says that men with hot bodies should walk around in hot pants with see through shirts, in fact that would be considered tacky and cheesy. I don’t know if this mentality it’s out of appreciation, or envy inducement, more likely it’s to get the dollar dollars Branding by Buns!
I have to say that I think that the human body alone is a work of art, and when (tastefully) photographed it can truly illustrate its majesty. Personally I have done my share..That having been stated, There are times when, even when the photos are “works of art” I still have to ask why? Is this truly appreciation or exploitation? Take a look at some of these pic that have come out so far and tell me what you think. 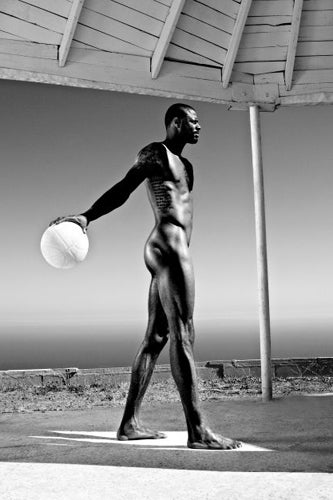 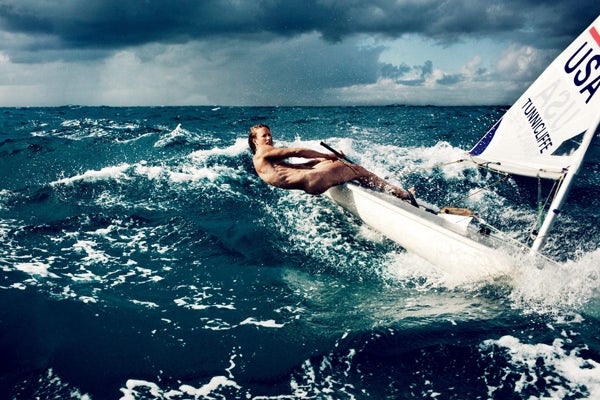 (This I love because it shows how her body looks when she is doing what she does! Love this! Awesome)

British skier Gregor Tait took it off for Powerade advertisements shot by photographer Nadav Kander. It’s nice to see that male Olympians are willing to share their adorable behinds with us.

(The same here, this is how we understand why their bodies look the way they do!)

NOW these next ones personally make my teeth itch, WTF! I abhor this Snow Bunny look. These women are strong and powerful they race down mountains at amazing speeds, and here they are lounging and looking helplessly alluring, please! I would have preferred if they had them in bikinis and skiing or snowboarding with abs and quads popping, now THAT would be HOT right now they just look cold!

U.S. Olympic snowboarder Hannah Teter got a gold medal in the 2006 half pipe competition and is featured in the Sports Illustrated swimsuit issue. But more importantly, she’s got her own Ben & Jerry’s flavor called Hannah Teter’s Maple Blondie. So jealous!

Twenty-two-year-old Colorado Olympic snowboarder Clair Bidez took some of it off for this winter’s Sports Illustrated swimsuit issue. She looks cold.

No worries there will be more more to come…ugh!