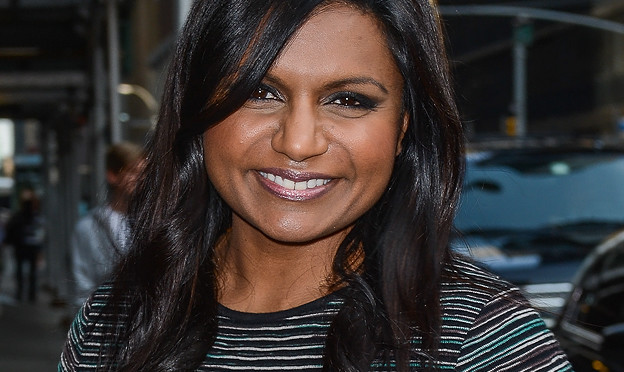 You know Mindy Kaling the chubby Indian girl from the office, and from her own show the Mindy Project?… Oh It’s totally fine that I called her chubby, she’s cool with it, just don’t call her stupid!!!

“You know what’s funny? If I call myself a cute, chubby girl, the natural kind woman’s response is, ‘You’re not chubby! You’re beautiful! And thin!’ And I always want to hug the person and say, ‘It’s OK, I identify as someone who is cute and chubby – that doesn’t mean I’m not worthy of love and attention and intimacy.’ And also, my priorities are not such that I’m mortally offended by someone thinking that.”

“Insults about the way I look can’t be the thing that harms me and my heart the most. It has to harm me the least. If I have a daughter, I’m going to tell her that. Far too many women are much more hurt by being called fat or ugly than they are by being called not smart, or not a leader. If someone told me that I was stupid or that I wasn’t a leader, or that I wasn’t witty or quick or perceptive, I’d be devastated. If someone told me that I had a gross body, I’d say, ‘Well, it’s bringing me a lot of happiness.’ Like, I’m having a fine time of it. Having my priorities aligned like that has helped me have a happier life, I think.”

Her new book  Why not Me? comes out in a few weeks check it out