Mutable Mirror: How Psychoanalytic Studies in Academia transformed my Dancer’s perceptions of My Body 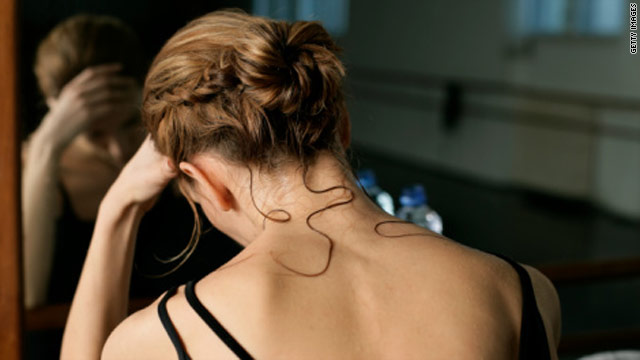 I am currently a student at Barnard, where I study English Literature and Art History. Because of my background in dance, I focus on the notions of representation, performance, aesthetics and self-image as I explore these two forms of expression. This past semester in a class called Feminism and Postmodernism in Art, taught by Rosalyn Deutsche, I was particularly influenced by an essay by Jacques Lacan called The Mirror Stage, which describes the connection between a child’s first experience seeing his or her reflection in the mirror and Identity formation.

Jaques Lacan is a French psychoanalyst and psychiatrist who made significant contributions to post-structuralist theory, feminist theory, philosophy and literary theory. I found The Mirror Stage, Lacan’s first major contribution to psychoanalysis, particularly influential because it acknowledges a major conflict present in identity formation; the conflict between the sense of identity that one derives from his or her visual image as perceived in a mirror, and the sense of identity derived from internal, emotional sensations. This was a conflict that haunted me during my 18 years as a dancer.

When I became serious about dance in middle school, the mirror was both my best friend and my worst enemy. I often found myself awestruck by what I was seeing and became absorbed in some specular, two-dimensional sphere that had absolutely nothing to do with my physical body moving through real space and real time. Often times, when I felt completely disjointed, uncoordinated and confused, my gaze would shift to the mirror, as if I were in search for a sense of wholeness and coherence in a moment of pervasive uncertainty and self-consciousness.

My obsession with the mirror makes sense according to Lacan’s The Mirror Stage, in which he argues that we are primed as infants to search for a sense of identity and mastery over the world around us through the act of looking at an image of our body that is coherent and seemingly complete, yet external to our real physical bodies.

More specifically, in The Mirror Stage, Lacan theorizes that children pass through two stages of development; the Imaginary Order and the Symbolic Order. He defines the Imaginary Order as a pre-linguistic stage in which an infant gains a sense of coherent identity from the symmetry and wholeness of its reflection in the mirror. As Lacan states, this specular image is appealing to the infant because it “is given to him only as a gestalt, that is to say, in an exteriority in which this form is certainly more constituent than constituted.” This self-as-image identity, or as Lacan calls it, the Ideal-I, counteracts the child’s fear of the fragmented body, created by “the turbulent movements that the subject feels are animating him.”

However, this “gestalt” evades the true form of the body, as the real body is constituted of various minute fragments that form larger body parts that perform disparate functions. As such, after 18 months of life, the infant gravitates away from its specular image as means of understanding his or her identity. As an infant begins to accumulate language and passes into the Symbolic Order, the child’s identity becomes shaped through its relation to others in linguistic discourses, which last through adulthood (i.e. law, kinship and marriage). In this stage, although the person’s conception of the Ideal-I is reified as an impossible desire, this conception does not cease to assert itself in the person’s mind.

It follows that my own tendency to look at my specular image for a sense of wholeness and to escape uncomfortable physical sensations of fragmentation and incoherence is consistent with Lacan’s theory. However, there also came a point when this mirror image ceased to be a source of comfort and transformed into my worst enemy. The image that I saw reflecting back at me never matched up to my own impossible standard of perfection, which existed only in my mind in the form of a mental image. The mirror always reflected a Sarah that wasn’t turned out enough, wasn’t long-legged enough, wasn’t thin enough, wasn’t a good enough of a dancer to become a professional.

As I reflect back on my dance career, I realize that a lot of my unhappiness resulted from the fact that I was torn in three different directions in the pursuit of understanding my own identity as an artist.  I felt compelled to stay physically present in my body, yet whenever my physical sensations bordered on incoherence and fragmentation, I sought to understand my body visually by looking into the mirror. However, the mirror was fundamentally unsatisfying, because the reflection staring back at me didn’t match up to the mental image of perfection that haunted my psyche. I was tortured, trapped in a vicious cycle that led me down a dark emotional path of bodily hatred. There reached a point where I couldn’t stand this conflict any longer, so I quit dance.

As Lacan suggested, it is within our nature as human beings to search for a sense of coherent identity and mastery over our bodies through the act of looking to an external image of ourselves. Moreover, I think all women in society are tortured by the notion of  “the perfect body,” a notion which, much like the mirror image, doesn’t exist in reality, but is trapped inside of all of our minds in the form of a mental image. I think many of us gain an understanding of the world around us from magazines, television shows, movies and advertisements. We are surrounded by the visual images of physical “perfection” that dominate mass media representation. Like the mirror image, these mass-produced images are not part of reality. They do not exist outside the bounds of their frames. These images are the products of airbrushing, elaborate staging and advanced lighting effects. Nonetheless, these images somehow manage to project themselves into our minds and exert themselves over our psyches as objects of impossible desire.

When I came back to dance this summer, I was determined to escape this paradigm of bodily hatred. As I thought about my body image conflict through the lens of Lacan’s theory, I realized that the root of the problem lay in my tendency to search outside of myself for satisfaction. So, instead of fixating my gaze on the mirror, I sought to focus on my physical experience and what it really feels like to move. I have found that the more I move towards accepting the nuances and intricacies of my body, and towards letting go of this fantastical notion of the “perfect” body, the more I am able to enjoy the art form of dance. I have realized that part of developing an artistic voice is accepting the complexity of my expressive medium of choice. My body is my instrument, and the simultaneity of its awkwardness and its elegance is the main source of its beauty.

Sarah Friedman is a Junior at Barnard College, where she studies English Literature and Art History. She has been dancing for 13 years, and was a fellowship student at The Ailey School in the Spring of 2012. She plans to pursue a PhD in Literature when she graduates Barnard.