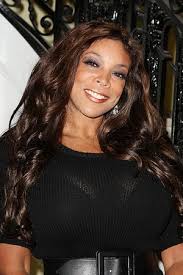 Ok so first let me state that I am a Wendy Williams fan. Most times I think that she is funny, sassy and “says it like she means it”  but there are other times when  take issue with what she “means” and her perspective on things. Case in point we differ on the Taylor Swift situation.

Wendy’s point of view: She applauds Swift for Doing her thing and going after the guys she wants (very modern woman – not waiting for a man to come and get her) Wendy says that she thinks that Swift runs a cleaner game than some of the other chicks on the scene right now because she still has a squeaky clean image and runs through men like tampons (I’m not saying she’s sleeping with all of them but, you have to admit that she goes through some dudes) In the post script Swift makes money off of the failed relationship by writing songs about them. Wendy thinks Swift’s behavior is admirable, she is young, rich , beautiful she should have her fun.

Now in my opinion I too think that Swift is young, rich and talented, I think that she does have the right to date anyone she pleases but the thing that makes my teeth itch about Swift and the way she rolls, is that she has this twisted sense of modern feminism – wherein the end result is a throw back to the 1950’s pre- women’s liberation movement. Let me explain. I think that it is great for women (young or old) to go for who and what they want, why not it’s 2013, but there is something that disturbs me when it seems that a girl/woman can’t be without a man. This is how I see Swift’s behavior. She boy hops without taking a breath, she seems to be running all over the globe and if she is not flying a boy to see her, she is flying to meet him, and they are always slammed up underneath each other (and the paparazzi) until, well until they are not, and then it starts with another young man. Now I do take it into consideration that part of this might well be for press but it does create her public image- that of which she sells..

Where it is fierce that she makes enough money to live a lifestyle that affords her the ability to jet set (for love) but there is something that appears desperate and needy about it. She is busy (seemingly) independent young woman, why is she always toting a dude around like a purse? Then there are the songs about the failed relationships in which somehow (although I have not listened to all of them – she wore me out a long time ago) she always sounds like she has been wronged. And Let’s face it, it generally takes two- AND if you have had a record breaking amount of breakups in a short span of time, the only common denominator is YOU so …  not so fast Swift!  Now it’s so common place I can’t image why any guy in the public eye would want to date her!- she seems vindictive. And I better not EVER hear her crying about privacy when you put all of YOUR and SOMEONE else’s personal business out in the street.

The other thing that irks me about Taylor Swift (this is less about Ms. Williams) but I just need her to find something else to talk/write/sing about. The fact that her whole image, her whole claim to fame is about singing her break up diary is a throw back- to a time when that is all that women were expected, encouraged, and permitted to do!

I mean the early 1900’s women of Downton Abbey are more progressive then Taylor Swift at this point!

I just want Swift to read a book, go to a museum, travel to a far away place, spend time in a ashram, a kubbutz get enlightened, do something that she can write about besides the boys she runs after (and that’s what it looks like, that she is running after them). She is becoming whiny and annoying even to girls her age. Her whole 1950’s look matches her behavior and personally I don’t think it’s a great example for what our young women should aspire to. The one thing I will give her is that she does not strip down- other then that she is not a service to the cause.

But back to the point at hand which is something that happened on today’s Wendy Williams show. During hot topics Wendy was talking about the possible separation of Carmelo Anthony and LaLa. Well she went on to say that if they do get divorced that LaLa should get out of Reality television (which I agree with) ’cause here show was corny (which I agree with) and that she should take half of Anthony’s money (I think that is just tacky) and not date athletes or rappers (ok I can see that) but she should seek to get on the board of the Guggenheim where she could me a higher strata of rich man to marry (ok this is where we part ways) WTF! I get it, TRUST me I get it but as a Elder…THIS is your advice? How about GO to the Guggenheim and learn about art, invest in great pieces, and support artist? How about you are an intelligent, business woman find a new venture and raise your son, if love finds you (and he’s rich) go for it. But that mind set is just… I can’t get down with that. This is why so many girls are out there selling their asses (or giving it away- or just showing it off) in hopes of finding some man to fleece! It’s a hot mess! And though I love Wendy this is where I have to say uh I pass.
she talks about what LaLa should do if they divorce starting 2:50 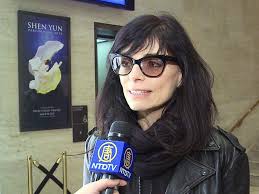 Norma Kamali is so beautiful, I think she looks fabulous! (just sayin’)

BUT HERE IS THE CRAZY IRONY OF TODAY’S SHOW:
she mentions the initiative @ 3:46

So legendary designer Norma Kamali was a guest on the show and she presented her “everyday woman line” complete with a fashion show (of course) and then at the end Wendy says that she wanted to give Kamali a moment to speak about her initiative which (and here is the irony–at least for me) it was about her New Campaign to Empower Women! to STOP OBJECTIFICATION! Which is almost diametrically opposing the position Wendy takes in some of her hot topic chats. Now it could be that Wendy’s idea of empowerment is different from mine and Kamali’s but I just thought that it was crazy. So much of the behavior that Wendy advocates are (in my opinion) by products of the objectification of women, the female gender and form. From the concepts of beauty, to gender roles in relationships, to power money and control…the thing is that from seeing how WENDY lives her life i don’t quite believe that she feels that way- she is a self made women, hard working and self sufficient. Here husband is now her manager but I don’t thing that she “married up” as she would say- and I don’t think that there is anything wrong with that but when it is a goal… not so sure.

Well that’s my 2 cents you can keep the change!