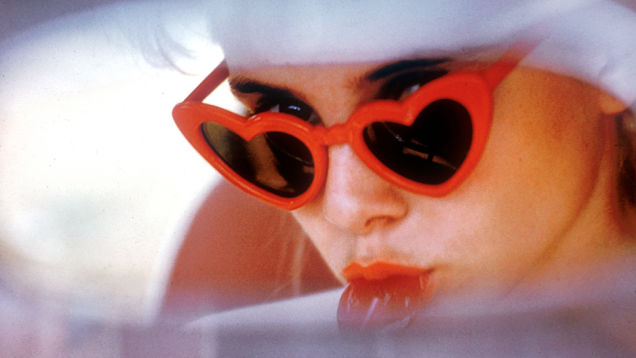 If it wasn’t hard enough to turn a blind eye to young girls posting provocative pic on social media emulating their favorite fauxlebrities, now we have make-up being  marketed to them in a less then appropriate manner. Famous tattoo artist Kat Von D has a line of make-up that is quite good, in fact we featured her Tattoo Eyeliner in our “Your Best Face for 72¢ a day” with our new Make-Up Consultant Andie Laguer. However a new shade of lipstick she is releasing has Sephora in hot water, why? Because it”s called, wait for it.. Underage Red”. What are people thinking. The idea of a young girl being…attractive (to an older man) is not a new concept, Vladimir Nabokov‘s 1955 salacious Lolita is clear evidence of that however in a world where the lines of consent have been miserably blurred this is just not right….I wonder if this is the shade that Kylie Jenner rocks when she is “hanging out with” Rapper Tyga? (that was shade) check this out!

Sephora has made its share of missteps. First, the company stopped selling Demeter products, making it impossible for me to smell like Ginger Ale or a Blueberry Muffin whenever I wanted, and then they started marketing Kat Von D’s makeup again, a move that’s brought controversy to the brand with Von D’s new shade of lipstick.

Entitled “Underage Red,” Kat Von D’s latest baby (which was released in 2014) is a bright red shimmer that is either meant to identify the wearers as underage girls (that seems like a really difficult code, though), to remind women over 18 how exciting it was to be a teen ogled by older men or to breed controversy. (Note that this is not an entirely new marketing scheme for a beauty brand to use.) Either would be plausible considering the creator, but it’s really no surprise that the woman behind 2012’s controversial “Celebutard” lip smear came up with another distasteful name. Celebutard was later dropped by Sephora for being disrespectufl to the disabled. [Update: Contrary to Business Insider’s (and this post’s) orginal assertion that the entire range of Kat Von D products had been dropped in 2012, commenters have pointed out that only the “Celebutard” shade was discontinued. While several outlets have reported that the entire line had been dropped, it appears that it is the case that only the color was discontinued]. It’s surprising, therefore, that the wholesome Sephora brand, instead of bringing back Demeter products in all of its stores so that I can one again smell like a combination of a waffle cone and sugar cookie, has returned to promoting the tattoo artist and “musician” who has already brought them more than their share of bad press.

According to Business Insider’s Caroline Moss, Von D’s makeup line is her most successful merchandising property and while the former star of L.A. Ink seems pretty flippant about pissing people off (she tweeted a fuck you when shoppers were mad about “Celubutard” in 2012), she might want to take notice of how angry social media is getting about the current shade of red she’s pushing, especially considering the fact that she also sells a shade called “Lolita,” prompting tweeters to ask whether she’s “selling a complete sex offender line.”