REALLY? The MOST Beautiful woman in the world… How can that be when THIS woman has the most perfect face? 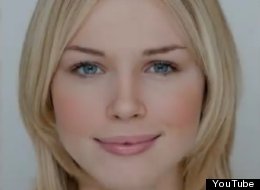 Florence Colgate, 18, the winner of a beauty contest held by Lorraine Cosmetics, is said to have near-perfect facial proportions.
Nothing against Beyonce or the rest of the women on the People magazine’s list but it seems like instead of the most beautiful, they are presenting a list of stars with the biggest projects of  the year or strongest PR team plugging them. It’s all a bit silly really. When you ask yourself “Who are the judges, ’cause nobody asked me?” and have they seen ALL of the women on the planet to judge fairly? Why don’t they call it the Most Beautiful Women in the Industry, because that’s more accurate.
Apparently it’s been 9 years since People have thought that a Black woman was the Most Beautiful and of course you know who it was in 2003…Halle Berry ugh!—nothing against her either but come on now— it’s such a predictable type.  The “Halle Berry” beauty type is to Black people what “Blonde and Blue eyed” is to Caucasians. When there are so many types, and versions of beauty it is redundant to focus and promote only a few.
There really isn’t much else to say on this but I thought I would throw it out there. I could feel the collective eye rolls when the news broke…Like I said nothing against B but wouldn’t it have been great if they had chosen Viola Davis? Imagine THAT!