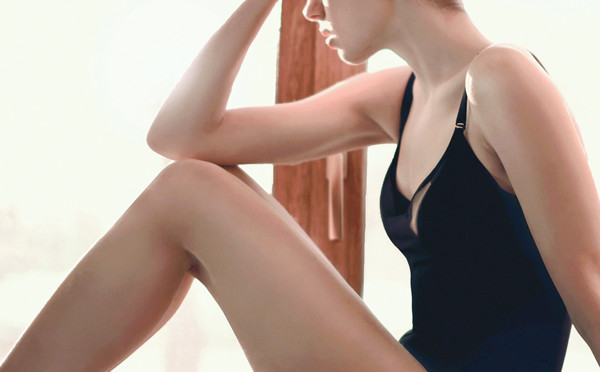 The Cult of Thin

Despite calls for change, ballet’s obsession with extreme thinness persists.

During a recent performance of Balanchine’s The Four Temperaments, a corps member at a prominent company complained that she was so hungry she thought she’d faint. The dancer next to her started to worry that she herself wasn’t hungry enough. “In shape for us is being hungry,” she said later on. “Eat nothing and see how far you can go.”

Although most professional ballet dancers are naturally slender, having been selected at a young age for advanced training partly for their physique, even those with genetics on their side can be made to feel their bodies aren’t good enough. Dancers interviewed on the condition of anonymity confide that weight gain can get them fired while thinness can help them advance. Even though the field has made progress, and has become more aware of the health risks of dieting, directors having “fat chats” to tell dancers to slim down remains routine.

Roots of the Trend

Ballet has long idealized a sylphlike physique. The fixation on thin became amplified in the 1960s when Balanchine’s preference for long and lean ballerinas promoted a thin aesthetic that influenced other companies worldwide. Often, those who perpetuate unrealistic body standards today are former dancers who came of age during his reign.

Calling Out The Problem

At ballet’s first-ever international conference on eating disorders, hosted by Dance UK in London in 2012, former Royal Ballet artistic director Monica Mason spoke out against ballet’s emphasis on thin dancers. “Any director of a company who said they have never had an anorexic dancer would have to have been lying,” she stated.

Since then, ballet companies around the world, admittedly some quicker than others, have begun to heed the call for change. Spanish ballerina Tamara Rojo declared her determination to instill a healthy body image among her dancers when she took the reins of English National Ballet in 2012. The following year, The Royal Ballet created the Mason Healthcare Suite, where health and well-being programs ensure that no dancer feels a need to starve themselves to succeed.

One dancer fired for her curves says that while dieting, she lost focus, endurance and emotional stability. For many, slimming down means resorting to dangerous behaviors, including starvation, purging and addictions to appetite suppressants like tobacco or other substances. In 1997, Boston Ballet dancer Heidi Guenther, dealing with an eating disorder, died at age 22; in 2012, Italian dancer Mariafrancesca Garritano publicly accused La Scala and its academy of turning a blind eye to the culture of eating disorders causing infertility among her fellow dancers.

What’s Changed?
By some accounts, these efforts appear to be working. A 2014 study found that multifaceted wellness programs adopted by ballet companies in Britain and elsewhere actively support the physical and mental health of dancers.

Yet anecdotal evidence suggests that not all companies follow the guidelines the same way. One dancer reports that her company’s on-site nutritionist counsels her how to get thin by giving her recipes for meals with less than 300 calories. Although we’re giving dancers tools for so-called safe weight-loss, the emphasis is still on conforming to an unnaturally skinny ideal.

Fortunately, artistic directors are declaring themselves more open to different body types. Current Royal Ballet director Kevin O’Hare, for example, says his company values individuality and stage presence over any set shape. “Being a dancer is not about denial but about strength and vigor,” he says.

National Ballet of Canada artistic director Karen Kain refutes the suggestion that her company is skinny-obsessed. “I do not hire overly thin dancers or those with eating disorders,” she says. “The dancers of the NBoC are highly trained elite athletes who would never be able to perform every night after training and rehearsing during the day if they weren’t the most powerful and fit that they could be. These dancers have plenty of rippling muscles, which they would not have if they were overly thin.”

Emily Molnar of Ballet BC also emphasizes her dancers’ strength. “Don’t get me wrong. Ballet is a visual art form, so we’re not talking about anything goes here,” she says. “But exciting to me is to witness a woman onstage, as opposed to a girl, who is comfortable in her own skin and who has a confident voice, displaying the virtuosity of her training and the full expression of her artistry.”

Ballet still has a long way to go, but it’s encouraging that so many in the field are calling for change. “Dance should celebrate our humanity,” says Alberta Ballet artistic director Jean Grand-Maître, “and not be an artificial ideal imposed upon us by individuals frightened by what constitutes the natural shapes of the feminine physique.”
YourBody3
Jenifer Ringer with Jared Angle in The Nutcracker. Paul Kolnik, Courtesy NYCB

How Do We Move Forward?

Former New York City Ballet principal Jenifer Ringer wrote about her battle with eating disorders in her 2014 book, Dancing Through It. We asked her why ballet continues to insist on an unnatural aesthetic for women, and she shared her thoughts:

Unfortunately, our entire culture right now glorifies extreme thinness. As a mother, I dread the day when my children learn that people will judge them on their appearance. Art can be a critical commentary on culture, but it can also display a culture at its extreme, and I think in ballet we see the continuation of today’s radically low weight-standard of beauty for women. Look at any television pilot episode and if the series gets picked up, all of the actresses come back 10 pounds lighter. Look at almost every ad in magazines or on bus stops and you see impossible examples of skinniness as beauty.

Ballet is a visual, voiceless art form where the line of the body is crucial and under a great deal of constant scrutiny, not only from the audience and the artistic powers-that-be, but also from the dancers themselves. In order to change the unnatural thinness in ballet, the entire field would need to buy into the change. While I have heard many stories of directors demanding lower weights from their dancers, I have also heard countless dancers criticizing themselves and their colleagues for being “overweight.” Balletomanes in the audience can often, sadly, be just as damagingly critical. I used to have complete strangers approach me on the street to talk about my weight fluctuations, whether up or down, as if they thought what they said would not hurt me deeply. They saw me as an object, not a person.

There are dancers out there “breaking the mold,” but I can pretty much guarantee that they did not set out to challenge the ballet world on its weight standards; the daily struggle for these dancers to succeed and maintain positive self-confidence is a battle they probably would have preferred not to fight.

Yes, ballet is elite and often ethereal. Of course ballet dancers have to be fit, have to be lean and honed with the precision of training to be able execute athletically physical feats. The dancer’s body is her instrument and it needs to be kept in top condition not only for strength but also for appearance. And that appearance does require a certain thinness in the ballet world, a uniform of sorts. But thin for one body type is emaciated for another, and different body types should be equally appreciated as each dancer finds a level of fitness and leanness that is healthy for her. This can happen when dancers are seen as empowered individuals whose movement quality and artistry are given more value than their weight.

Ballet dancers are not collections of bones and muscles moving from one beautiful pose to the next. Dancers move because they need to, and they move to bring an audience out of themselves and to show people what music looks like. Ballet should display the best that any human body—no matter its type—can do: huge physical acts of strength and stamina linked together and combined with artistry to create a moment of art. This moment exists while that beautiful human body is dancing, then ends when both the music and the body are finally still.

And then the applause can begin. — Jenifer Ringer