These are the editors of the various Vogue Magazines all around the world. These are the women who dictate what we as woman should look like, dress like and in a very real sense define beauty and body image they control the terms: classy, stylish, sexy, edgy, funky, quirky, and fierce. It is a bit odd that although we are so heavily influenced by their choices (often subliminally) we don’t have any idea who they are, or what they look like. Anna Wintour (center) is the editor of American Vogue and is arguably the most powerful woman in fashion and has a become a household name (even with people who are not into fashion) with the success of the film The Devil Wears Prada which was loosely based on her, and the documentary film September Issue. So meet the women who tell us what to wear 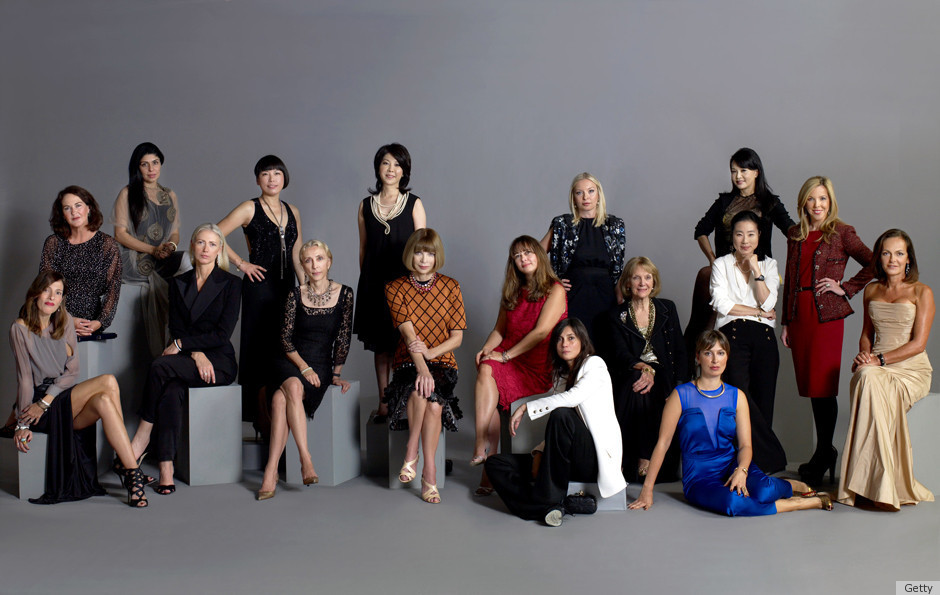