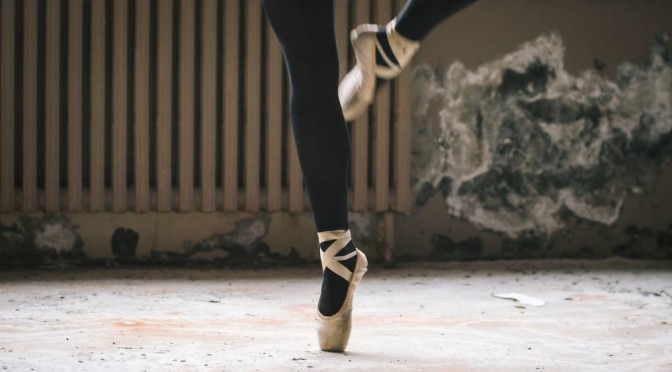 Dancing is illegal in the Middle Eastern state, but that hasn’t stopped renegade ballet teachers and students from staging classes in secret.

The first time I met Ada* was at a rooftop party in Amsterdam. We had gravitated towards the snacks table and, reluctant to give up a prime position that offered both uninterrupted access to the fries and a view of drunk tourists falling into the Prinsengracht canal, we began swapping stories. Ada, a web developer from Iran, told me about dodging Tehran’s morality police as a teenager, once dashing into a shop in the hope that they’d run past—only to realize that they had followed her in.

“They used to check our nail varnish to make sure it wasn’t too bright or enticing,” she laughed. “All the police had different ideas about what was going to turn men on too much and it was difficult to know how they’d react. But I knew they’d hate purple so I ran into the shop. The shop owner saw me and opened the backdoor and I ran out into the back alley while he told the police he hadn’t seen me.”

“It sounds like something out of the French resistance.”

“It was resistance! We would wear gloves to hide our hands and use tricks to get away with wearing as much makeup as possible. That’s what [the government] does to us. They make us feel like painting our nails was a really rebellious thing to do. They make you care about such little things, so you don’t have the energy to fight for the big things.”

Six months after our conversation, Ada emailed me from Tehran. She had just attended her first ballet class in years and was buzzing. She told me about covertly scanning the local newspapers for the “right kind of advert,” stalking online message boards, calling mysterious numbers, drafting in friends as character references and, finally, gaining entry to the secretive classes.

Dance is illegal in Iran. Before the 1979 Iranian Revolution, the country poured funding into the arts, especially dance programs that combined elements of traditional dance with Western disciplines like ballet. After the Shah’s government was overthrown, dance was declared sinful. The Iranian National Ballet Company was disbanded in 1979, shortly after all its foreign dancers fled the country.

Their Iranian counterparts were left with three choices: Give up on their life’s work and find another way to pay their rent; leave Iran and revive the company somewhere else (Les Ballets Persans is currently operating out of Stockholm), or stay in Iran and—through a combination of subterfuge, bribery, and outright defiance—keep dancing.

A pile of dance shoes at a secret ballet class. Photo courtesy of Ada

Ada was 20 when she attended her first ballet class; she is now 28. “I’m not a risk taker and I never went to any of the illegal parties at college,” she says, “but dance classes seemed worth the risk.” It’s not just dance that is banned in Iran; any music that makes your body move spontaneously is considered sinful. “It’s OK as long as it doesn’t give you pleasure,” Ada explains. “As soon as dance or movement gives you pleasure, it’s a sin.”